Feb 11 2019
Jefferson City May Be Getting More Secretive
(via Rep. Jerome Barnes)
The Republican-controlled House of Representatives on Feb. 7 approved legislation that was intended to strengthen ethics rules for local government officials but was amended to eviscerate Missouri’s open records law. Lawmakers voted 103-47 to advance the bill to the Senate, which many supporters of the original version hope will remove the provisions weakening the Sunshine Law.
As originally drafted, House Bill 445 enjoyed wide bipartisan support as it would have imposed a two-year waiting period on local officials becoming lobbyists and capped gifts from lobbyists to local officials at $5 – requirements recently imposed on lawmakers by a constitutional amendment Missouri voters overwhelmingly approved last year.
Over Democratic objections, however, state Rep. Nick Schroer, R-O’Fallon, added an amendment to broadly expand statutory exemptions that allow certain records to be withheld under the Sunshine Law. Under the amendment, government officials would have legal authority to keep virtually all records secret.
Most Democrats, and a few Republicans, voted against the bill because of the change. Several Democrats still voted for it because of its original provisions and with the expectation the Senate will make changes to make the final legislation more palatable.
Missouri's Budget Situation: Bad News and More Bad News
Net state general revenue collections were down 7 percent during the first seven months of the 2019 fiscal year compared to the same period in FY 2018, going from $5.49 billion last year to $5.11 billion this year.
A dismal January in which net general revenue collections plummeted 24.1 percent compared to January 2018 was largely responsible for the sharp drop in the year-to-date collection rate. January revenue collections went from $1.06 billion last year to $801.2 million this year.
Through the first six months of FY 2019, year-to-date collections had been down just 2.9 percent compared to the prior year until the sharp January drop. In order to make up financial ground, Republican Gov. Mike Parson’s administration is anticipating Missourians will be paying substantially more than normal when they file their 2018 income tax returns in the coming weeks. If the administration is correct, it would keep the state budget in balance but also result in countless Missourians getting hit with surprise tax bills.

On the State of the Union Address from the State Party

Donald Trump’s State of the Union address on Tuesday was highlighted by a bewildering attack on the legitimate function of Congress to provide a check-and-balance. The President’s assertion that there cannot be legislative progress on our shared priorities unless investigations into the President and his campaign’s corruption are halted was not only concerning, but downright scary.

In addition to investigating Trump’s own corruption, Democrats are also investigating his harmful policies, like his family separation policy, and holding hearings on how to improve the lives of Americans across the country through policies addressing climate change, gun violence prevention and increasing access to affordable health care.

Here at the Missouri Democratic Party, we’re taking a similar approach. MDP is rolling out a new effort, the Missouri Government Accountability Project, to hold our lawmakers accountable and shine the spotlight on bad governing. The success of this effort relies on YOU. Send tips to info@missouridems.org if you have information on the actions of Republican elected officials that we should be aware of.

More than ten years ago, the Democratic Committee made a bold decision to hire a full-time Executive Director, setting Jackson County apart from other counties and allowing for year-round development and more long-term goal setting.  Funding the Executive Director position comes through many small donations from engaged voters across the region. The county committee invested heavily in our candidates in 2018 so our funds are very low.  To keep our county party working, we need to keep our staff funded.  Please donate now to keep us as the leading county committee in Missouri.

Join us for the annual Wiggins Fund event February 28th 5:30pm at Crane Brewing Company in Raytown.  This event will feature a number of elected and party officials discussing what is on the horizon for 2019 and the 2020 elections while supporting Jackson County Democrats staff. 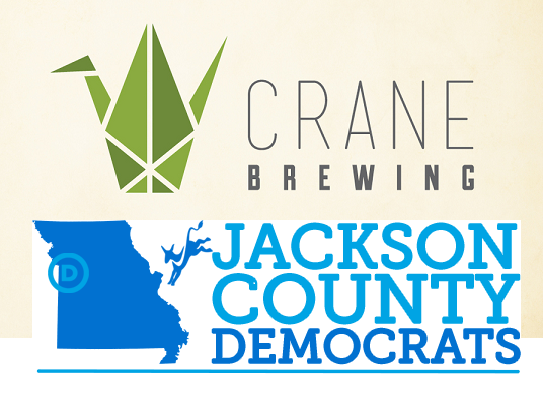 Save the date for the 32nd annual Truman Gala: June 1, 2019 at Arrowhead Stadium. A line-up of speakers including a nationally prominent name will be announced closer to the event. Tickets will go in sale in March. 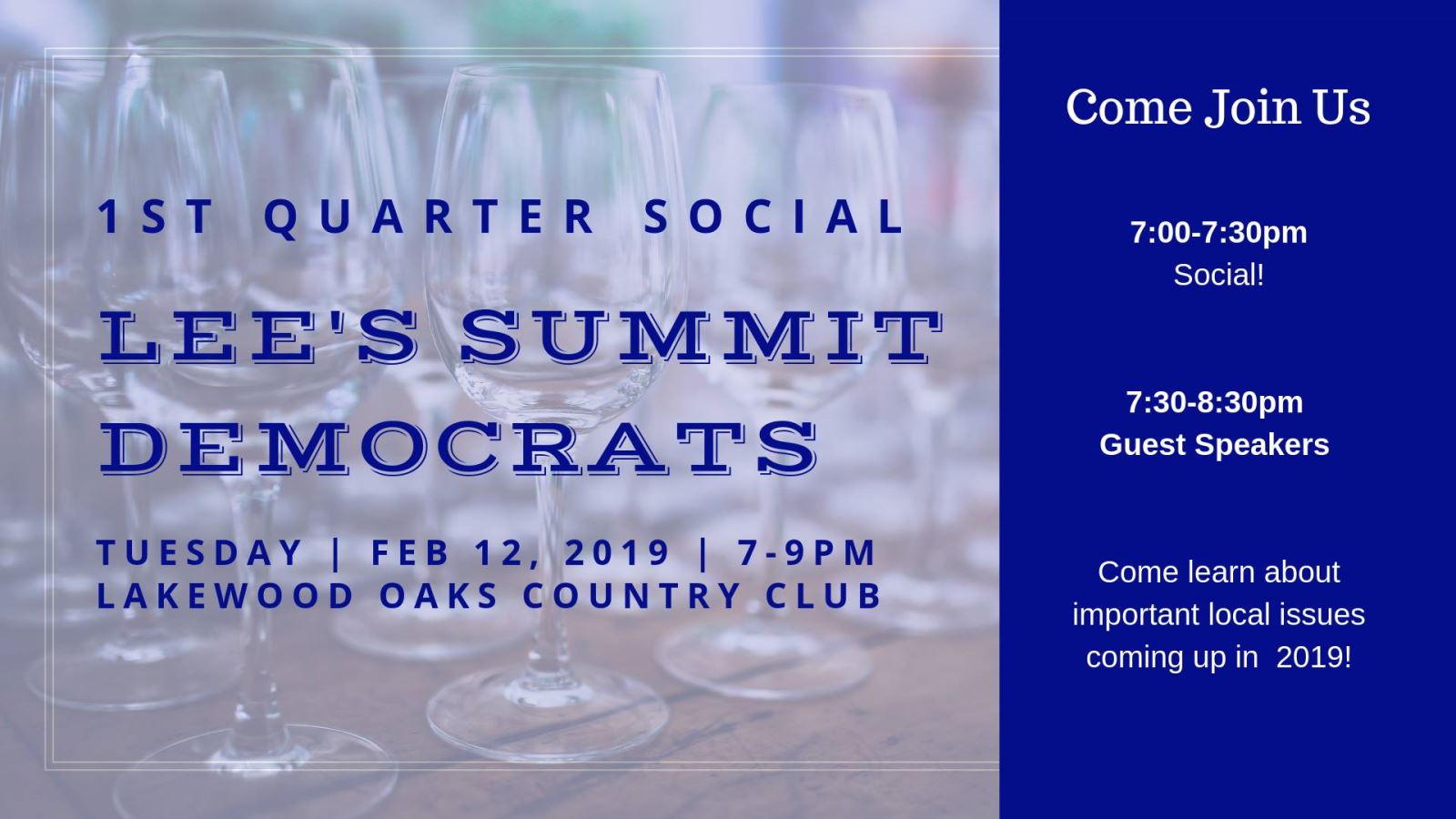 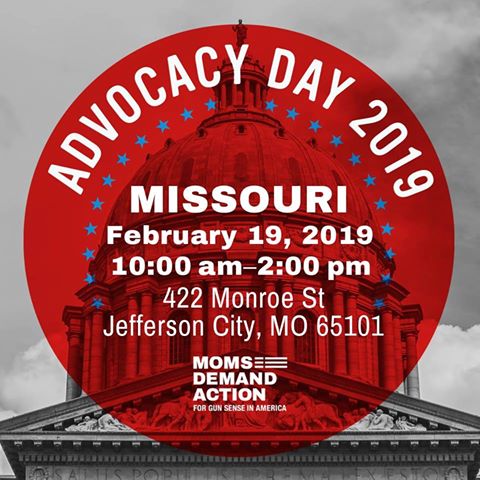 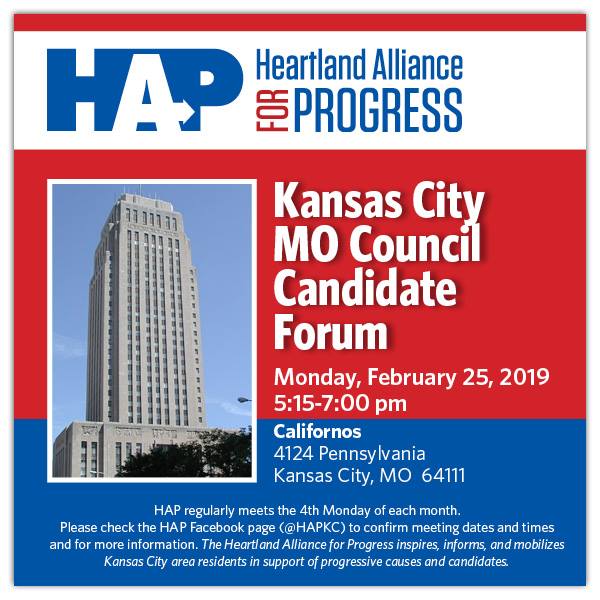