Jackson County Democrats have largely stayed away from the issues surrounding investigations into the Trump campaign and administration but the summary memo out of the Attorney General's office along with the media response warrant some notes so we all understand where the nation stands today:

-As of today, the only thing holding up it's public release is Senate Majority Leader Mitch McConnell blocking a vote that would almost certainly pass

-The report does find that Russian government agents supported Trump and meddled in the election, regardless of coordinated efforts

-Those agents, who were working with Paul Manafort and Rick Gates in the Trump campaign, hacked a number of Democratic targets

-All along the campaign, Trump was working to close a business deal in Moscow that would have been especially profitable while lying to the voters about it

We KNOW all of this BEFORE the full report has been released to the public. This investigation touches on the foundations of our democracy and was paid for by taxpayers. Keeping it in the dark is a deliberate attempt by a small number of Republican officials to hide public information and cannot be tolerated.  Our best course of action is to contact Senators Blunt and Hawley asking them to pressure Majority Leader McConnell to do the right thing. It's a big ask for McConnell but it's what is required of the job to maintain faith in the process.

Meanwhile, the Administration Wants the ACA Killed in Court

Smelling blood in the water and no scent of health care being the number one issue for voters in 2018 (75% of which support the ACA), the Justice Department now says appeals courts should strike down the Affordable Care Act in whole, not just protection on pre-existing conditions or the requirement of coverage, which had been the stance before. Doing so would created untold instability in the health care market place, leaving millions uncovered and potentially spiking costs for most citizens. Now more than 8 years since its passage, Republicans have yet to come up with a replacement program despite Democratic support for an amended system.

Truman Gala 2019 is Coming Together

Mark your calendars for June 1 as Jackson County Democrats, honored guests and supporters from around the region return to Arrowhead Stadium for the biggest paid gathering of democrats in Missouri. This year, we are presenting something different. Instead of the usual awards dinner with remarks from officials and a keynote from a special guest. We can't reveal all the final details yet but this year, we will host a panel discussion with multiple guests from out of the Kansas City area offering different perspectives on the state of the party and how we can succeed in 2020.  In the coming weeks, we will be announcing the names of the guests and there are some big names we are working out details with right now. Single tickets will go on sale in April and sponsorship opportunities are available now. Contact us now to get in today.

The Missouri General Assembly Returned to Work Monday
After a one week break from embarrassing Missouri, the legislature returned to work this week where they will get to work on the budget among other smaller issues. As we have previously mentioned, the state revenue projections are dismal largely due to irresponsible corporate tax cuts going back to 2014 that have us marching the same road that Kansas did over the last decade. This paired with incorrect projections by the now former Director of Revenue have made budget cuts, likely to education and social services, unavoidable while many citizens will be paying more or receiving smaller returns in state taxes. Read more about that here. 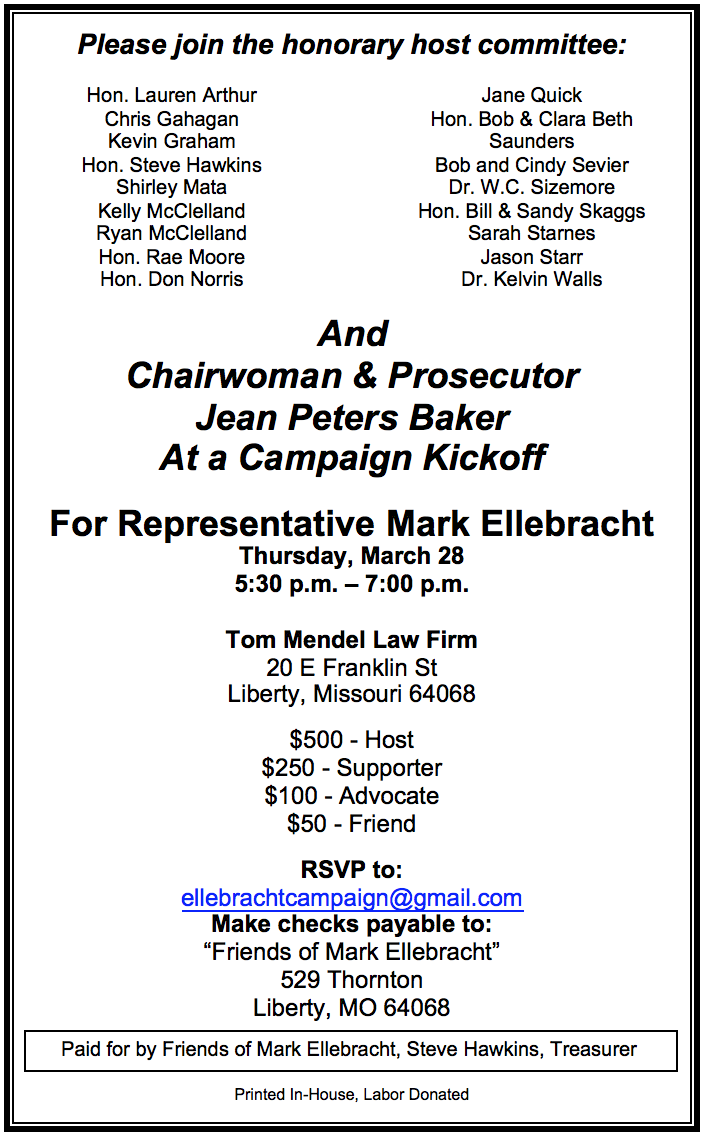 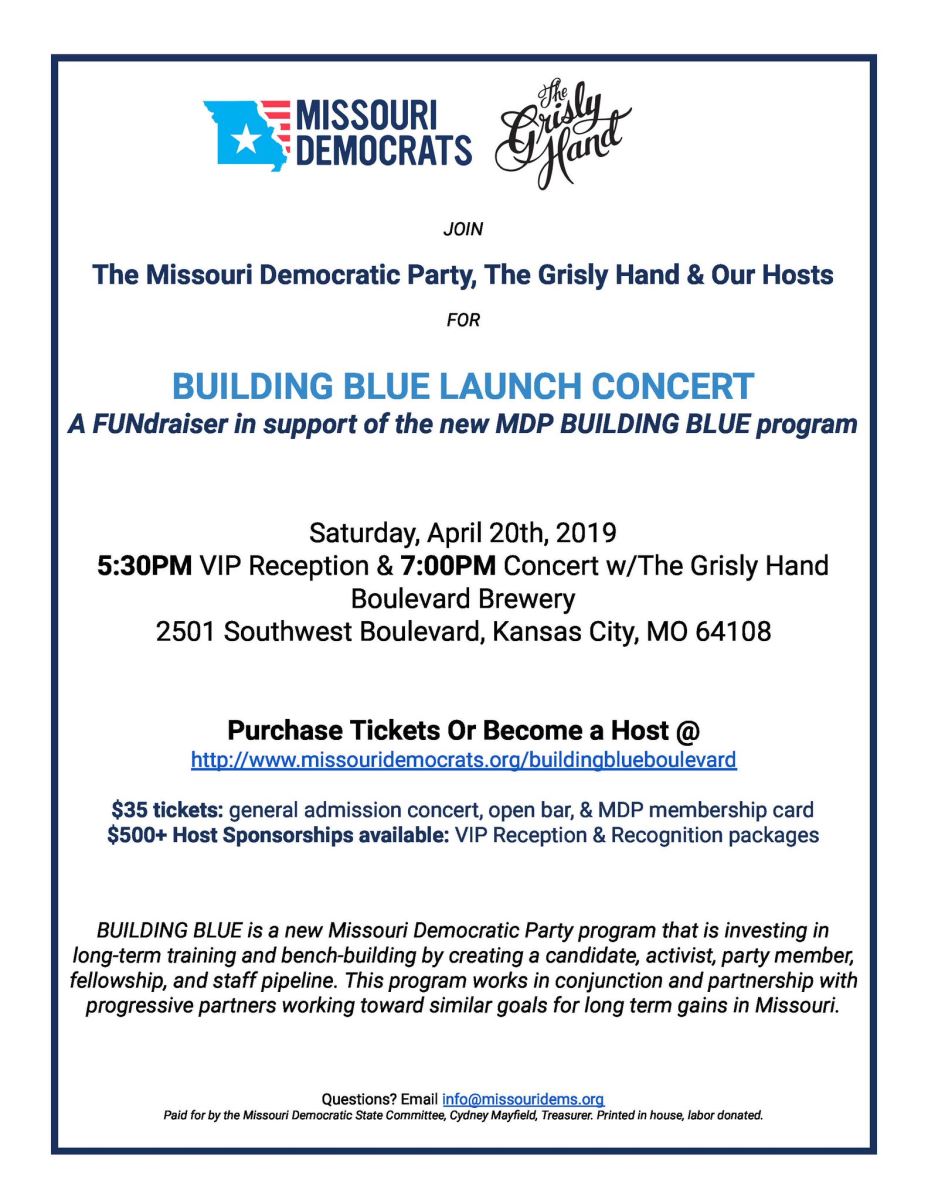